A recently discovered and, as yet, little understood decline of oak resulting in stem bleeding and dieback. AOD is bacterial and identified as a suspect, a trio of recently-identified bacteria, Brenneria goodwinii, Gibbsiella quercinecansand Rahnella victoriana, are the major contributors.  Mature oaks show few signs early on but a thinning canopy eventually becomes evident and tree death is likely to occur in 4-6 years. The beetleAgrilus biguttatus is associated with this condition, both as a carrier and by creating entry points for infection.

AOD is now, belatedly, being recognised as a serious threat to our most abundant deciduous tree.  The unchecked spread of AOD will, over time, become an even more serious issue for the natural ecology of the UK than Ash dieback.

The problems for oak are compounded by Phytophthora ramorumwhich is covered in a later section and by the spread of the oak processionary moth which has now moved well outside the area of SW London in which it was first discovered.  This insect is not only dangerous to oaks – people and animals can also be seriously affected. 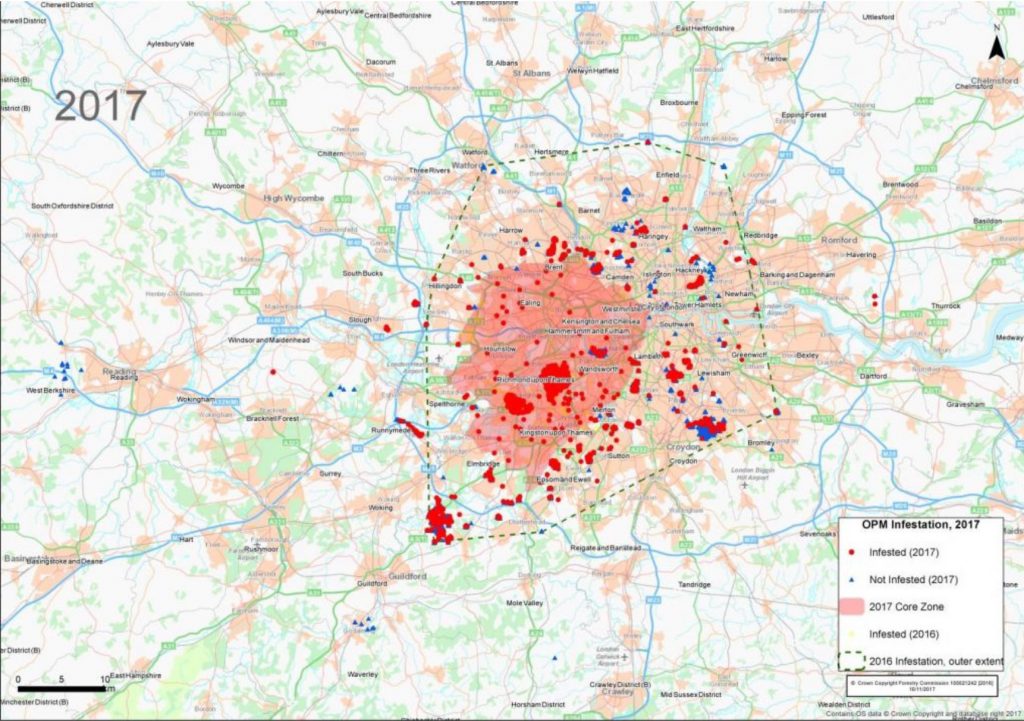 Attempts to control this pest in 2013-14 through aerial application of insecticides were too little, too late and, focussed on woodland near Pangbourne, missed the epicentre in Richmond Park by a long way.  The unavoidable conclusion is that this pest was not attacked with sufficient determination when first discovered and is now out of control.